The idea of New Orleans comes alive in the Second Line of a brass band parade. The Second Line are the followers, dancing behind the band; these are friends and family and complete strangers. To be a part of a Second Line, one must only feel the emotion in the music and follow it.

Locals in New Orleans both see and participate in Second Lines at different events throughout the year.

As a people of the Big Easy, we use music to celebrate because it expresses a full range of emotion. Music marks all sorts of occasions down here. It expresses the hurt, the sadness and the joys of life, while also creating a connection throughout the community, especially when this music is played throughout the neighborhoods.

What are the common events that experience a New Orleans Second Line?

Since its very beginning, New Orleans jazz has been about the movement of the music, how it makes the heart follow the beat of the drum and the sway of the brass band.

When a brass band really starts kicking: when club members and second liners get into their groove, dancing for all they’re worth, it’s as if the parade becomes a single existence. From afar, a Second Line looks like a human locomotive rushing by. In the middle, one can become lost in time and space, swept up in the rhythms and emotions.

Second Lining has always been a quintessential art form of New Orleans, a jazz funeral without a body.

It’s All About the Second Line

The Second Line began as a funeral procession. A band would accompany the hearse and all of the mourners to the cemetery, playing solemn, sad hymns as they walked closer to the deceased’s final resting spot. After the body was buried, the mourners would dance their way out of the cemetery with the band playing happy tunes, giving them a chance to celebrate life and leave their loved one on a happy note.

These were known as Jazz Funerals.

With the introduction of Pleasure Clubs and Social Aid Clubs throughout New Orleans, Jazz Funeral processions were incorporated into annual parades made by the clubs. Jazz Funerals (with their African and European mingled traditions) brought so many strangers and friends together to express honor, grief, sorrow, joy, even, humor—Club Parades eventually followed their lead and made Second Lining into a truly constant community affair, celebrating life and mourning the loss of loved ones.

Originally, the benevolent societies were established to provide a type of insurance to African-Americans and their families. The main point of club involvement and dues was to take care of the sick and bury the dead. Different clubs are involved in social services to varying degrees, but all remain community organizations that act as a core to their neighborhoods.

The clubs come in all sizes. Some have just a handful of members dancing to a single brass band. Some have several units parading. Some parades are elaborate affairs, while others are quite simple. But most people would agree that it is the music that controls a parade—it sets the tempo and the attitude. No matter the change in music style (Jazz, R&B, Blues, etc.) the beat of the Second Line stays the same. Whether they parade through Tremé and Central City, around the Seventh Ward, Uptown, Marigny, Ninth Ward, and even in the middle of Mid-City, Second Liners continue this New Orleans tradition that speaks to both our past and future in the Big Easy.

Why Should I Take a New Orleans Airboat Swamp Tour?

The Essence of New Orleans Jazz 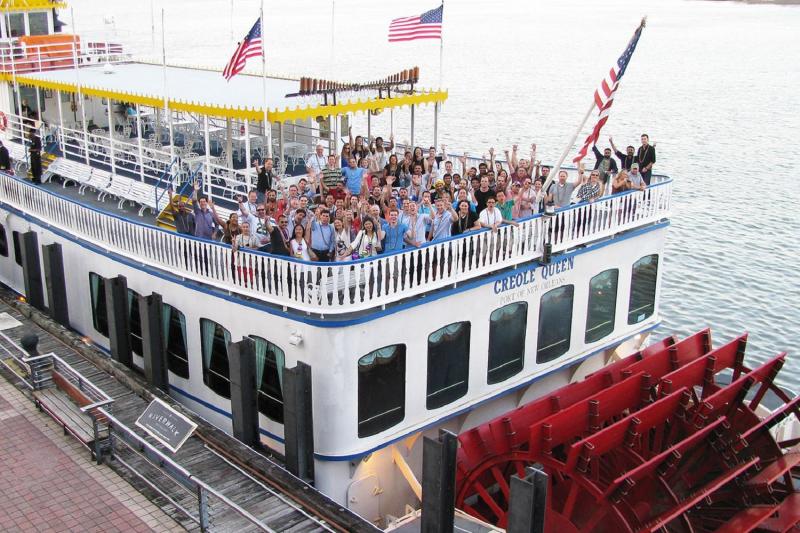